The instrument is designed primarily to fulfill its first job of leading worship and then to serve a variety of musical functions. The tonal design is not intended to copy any one particular school or period of organbuilding, however, Michael Quimby does draw his inspiration from the great builders of the past, such as Aristide Cavaillé-Coll, Father Willis, Ernest M. Skinner, and the Aeolian-Skinner Organ Company as well as renowned English organ builder T. C. Lewis, among many others. His goal is to build an instrument with its own identity and character that will embrace the needs of the client and to provide an instrument that not only serves as a recital instrument but can also be used in the wide variety of musical genres found in the worship practices of the twenty-first century.

The tonal concept of this instrument was carefully conceived and notably avoids the redundancies that are often found in large organs. Each stop is carefully designed and voiced to provide sounds that not only work well within the ensemble but are also intriguing and beautiful on their own, making the organ tonally diverse, while at the same time cohesive and easy to register.

The instrument is unusual in a number of ways. First, it has four enclosed divisions. Second, the 32’ and 16’ Pedal reed stops and all other manual 16’ reeds are full length. Third, the instrument contains certain features of the symphonic style of organ which was sought after in the late nineteenth and early twentieth centuries. Michael Quimby and his team have striven to play a leading role in reviving and developing this style of building over the last two decades. Fourth, departing from the symphonic tradition, each division of the instrument, excluding the Solo, contains a completely developed Diapason chorus. This has proven to increase the versatility of the instrument in classical, romantic, and symphonic styles of music. One thing that sets these Diapason chorus ranks apart is the unusual use of substantial metal thicknesses incorporating antimony and trace elements for stability. Over the last twenty-five years we have discovered that using thicker metal allows the pipework to be voiced to its full potential, for stability in pipe speech and achieving the optimum in harmonic development.

Another feature is the chorus of trumpets and orchestral reeds, including the Tuba, French Horn, Oboe, English Horn, and Corno di Bassetto, all voiced by our head reed voicer, Eric Johnson. Of particular interest are two contrasting solo reeds, the Tuba in the Solo division, and the Hooded Trumpet in the Antiphonal division, voiced on 20” w. p. and 10” w. p., respectively. Over his many years of study Eric has developed a technique and sound that sets him apart as one of the premier reed voicers in the world today.

Mechanically, our instruments feature the use of our version of the Blackinton slider windchest, distinguished by a pneumatic pallet design and absence of slider seals, allowing for the flue pipes in each division to speak without the “explosive attack” experienced by individual valves since each note shares a common note channel with the other ranks. The reed ranks, Solo, Pedal, and offset pipes are on electro-pneumatic, pouch-style windchests.

As with most instruments, the console is seen as the crown jewel of the installation. Made of solid mahogany, in the Aeolian-Skinner style, with walnut drawknob jambs, coupler rails, and accents, the console incorporates the Virtuoso control system, provided by Integrated Organ Technologies of Alpharetta, Georgia. The solid mahogany case, designed by T. Daniel Hancock, formerly of Quimby Pipe Organs, and built by Southern Elegance Custom Cabinetry of Crawford, Georgia, incorporates design features from both the existing grillwork and the sanctuary, achieving an aesthetically elegant display. Located in the twin chancel façades are notes 1-21 of the Great 16’ Double Open Diapason and notes 1-12 of the Pedal 8’ Octave.

It is with great gratitude that we wish to thank all of those at First Methodist who made our stay in Athens an enjoyable one. Chuck Hodges, senior pastor, Dave Walton, business administrator, Bob Winstead, executive director of administration and project manager, Steven Mitchell, director of music, Janice Maxwell, director of youth music ministry and organist, Ron Young, facilities manager, and all those in the congregation who showed us the love of Christ by supplying us with treats and meals throughout the installation.

On Sunday, August 1, Joe Russell, a student of both Alan Morrison of the Curtis Institute of Music and Ken Cowan of Rice University, began his tenure as associate director of music ministries and organist. Bradley Welch dedicated the instrument on Sunday, August 29, after a one-year delay due to COVID restrictions. 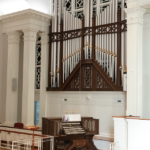 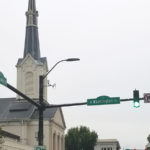 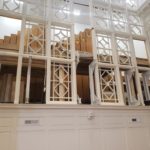 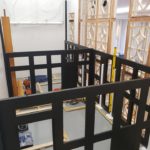 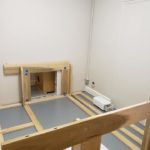 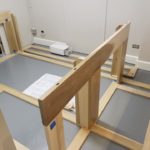 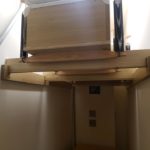 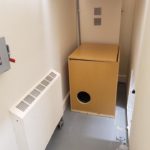 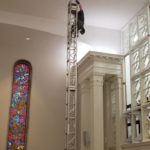 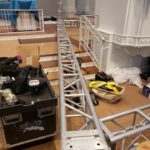 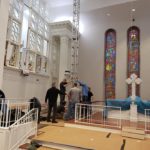 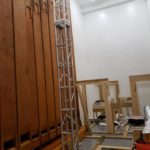 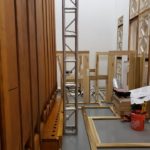 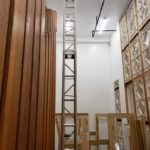 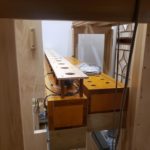 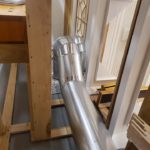 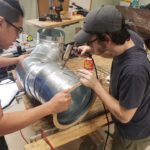 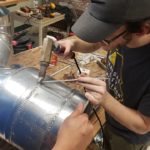 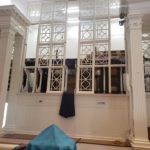 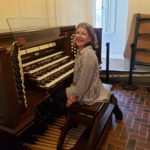