First Christian Church (Disciples of Christ) celebrates the congregation’s 14th decade in Fort Smith.  The congregation has made its home in only four locations since its inception in 1854.  The present sanctuary and education building was complete3d in the mid-1960s.  The remainder of the church complex has been added since that time.  The then new Möller Pipe Organ was prized with 9 ranks. The newly restored and expanded pipe organ, designed and built by Quimby Pipe Organs has 22 ranks.  The restoration and expansion of the 30-year old Möller organ was made possible by honorarium and memorials – all generous contributions – received by the church over the last decade. 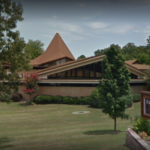