CANYON CREEK PRESBYTERIAN CHURCH (PCUSA) is a prominent contemporary building in Richardson, Texas, a city some twelve miles northeast of Dallas. James E. Langford, Architects and Planners, LLC, designed the church whose 20-foot gilded cross crowns the spire 130 feet above the neighborhood. While the new building was being planned the organ committee began their search for a suitable pipe organ for the church under the guidance of consultant Colin Howland, organist of Park Cities Presbyterian Church in Dallas. Quimby Pipe Organs, Inc., of Warrensburg, Missouri were selected as the organ builders, and the design for the instrument, the firm’s Op. 61, was drawn up by QPO President and Tonal Director, Michael Quimby, in consultation with Mr. Howland and with the Organist of the church, Dr. Sally Hill.

The new organ is a three-manual-and-pedal instrument of 57 ranks. The oak case with polished zinc façade pipes is located with the choir on the west gallery of the church. The warm oak hues of the casework make a striking contrast with the intentional severity of the rest of the white-walled church. The building has excellent acoustics, with approximately three seconds of reverberation that enhance the sound of the organ. The instrument incorporates a number of historical ranks, which include five flue stops and three reed stops by Ernest M. Skinner. No digital ranks or basses are used anywhere in the instrument.

The tonal design of the Canyon Creek organ is loosely based on that of Quimby Pipe Organs’ Op. 55 of 2002 at William Jewell College in Liberty, Missouri, and like that instrument, is essentially romantic-symphonic in its conception. Besides the differences in scaling and voicing necessitated by the larger and more resonant room, however, there are a number of important differences between the Canyon Creek and William Jewell instruments. In particular, the tonal design of the Canyon Creek organ has been developed a bit more in the symphonic direction, so that for example the Great flute and reed stops of the Canyon Creek organ are enclosed, and the Swell strings have a more orchestral character. Whereas limited space for the 32’ Pedal reed at William Jewell College necessitated a half-length bass for pipes 1-12, the Canyon Creek 32’ Contra Trombone unit has full-length mitered resonators for the 32′ octave, and like the Tuba, French Horn, and Harmonic Trumpet, is voiced on high-pressure wind. For situations in which the Pedal 16’ Trombone is a little de trop there are, of course, two softer 16’ reeds available on the Pedal division as well. One of these, the Choir 16’ Bass Clarinet, is a stop not found on the William Jewell organ, as also is the Choir 8’ French Horn. QPO’s head voicer, voiced the French Horn on 15” w.p., and both its dynamic level and “bubble” give it a more convincingly orchestral horn timbre than most French Horn organ stops. This register has indeed proven itself so successful that QPO intends to replicate it in future instruments.

The full organ is a massive and impressive sound that fills the church without overwhelming it, and in which, as in some nineteenth-century organs, the reeds rather than the flues tend to predominate. Heavy pressures are used for certain of the reed ranks but, as with nineteenth-century organ builders such as Henry Willis, the higher pressures are used primarily for refinement rather than for power. Some very attractive balances are available between the manual divisions. The Great diapason chorus is of course slightly louder than those of the Swell and Choir, which are of equal volume to each other, but all three manual choruses are of very different character. An interesting feature of the Swell and Choir mixtures is that in the break nearest the middle of the keyboard the highest-pitched rank, rather than dropping out immediately, continues upward for several notes. With careful attention to the volume of the pipes, this helps to smooth the transition between the breaks and makes the breaking-back of the mixtures almost imperceptible. This experiment has worked so well that QPO intends to repeat it in future instruments. Furthermore, with the judicious use of the different unison ranks, the choruses can be suited both to romantic and classical music, so that the organ can convincingly realize the work of composers like Bach and Buxtehude as well as of more romantic composers such as Franck and Widor. As in the QPO organs at William Jewell College and First Baptist Church, Jackson, Mississippi, the Tuba and Harmonic Trumpet stops can be played against each other to produce an interesting dialog, or may be drawn together to create a heroic effect. Like the William Jewell organ the Canyon Creek instrument has an open 16-foot stop on each manual, including 16-foot string stops on the Swell and Choir that also play on the Pedal. The quint and tierce stops on the Great and Swell can be used with various 8-, 4- and 2-foot ranks to create an almost endless variety of cornet effects. There are also numerous contrasting effects available between the flutes of the three divisions, including some that are well suited to the romantic repertoire and others that are ideal for the performance of baroque and classical music. The versatility of the instrument for playing organ repertoire in a wide range of musical styles, together with the liveliness of the acoustics, combines to produce the impression in the listener that the organ is much larger than it really is. The effect is perhaps of an instrument of a hundred ranks or more, rather than of the 57 ranks that the Canyon Creek organ actually contains.

As in most of Quimby Pipe Organs’ instruments the Canyon Creek organ makes use of Blackinton-style electro-pneumatic slider windchests with pneumatic pallets for the main chests, and electro-pneumatic pouch chests for the reeds and unit ranks. The practice of having electro-pneumatic unit chests is not only to allow some judicious borrowings and to facilitate the use of different pressures for the reed stops. The use of the electro-pneumatic slider windchest has been adopted because it is part of the QPO philosophy that flue stops speak better on this style windchest. The handsome solid oak detached and moveable three-manual-and-pedal Skinner-style drawknob console with walnut interior is equipped with solid-state multiplex switching and a solid-state combination action with 99 levels of memory, and piston sequencer. 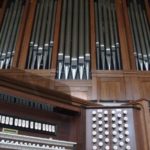 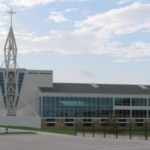 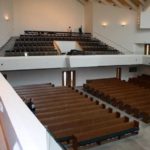 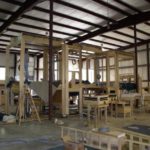 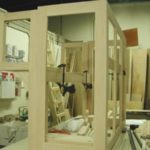 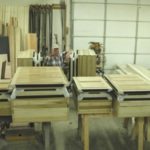 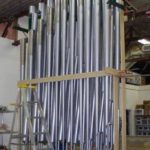 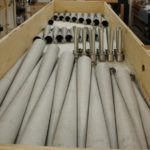 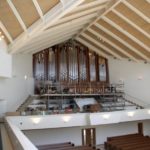 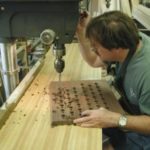 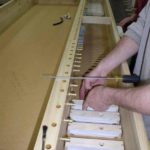 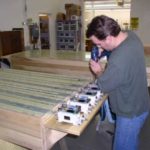 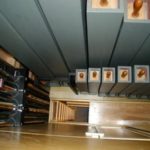 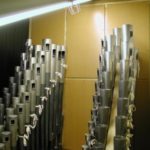 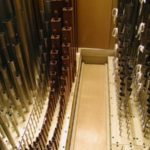 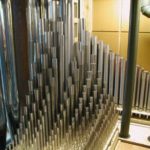 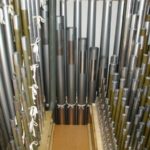 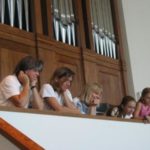 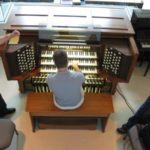 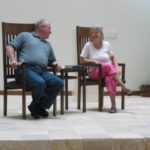 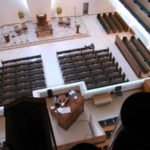 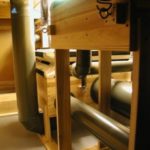 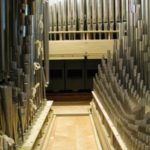 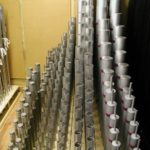 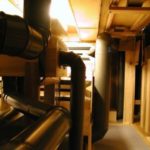 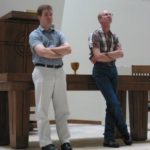 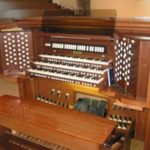