The rebuilding of the IV/74 1967 Möller for historic St. Paul’s
Episcopal Cathedral in Syracuse New York was completed in 2001.  The
Neo-Gothic building, designed by Brooklyn architect Henry Dudley and
opened on December 13, 1885, is a landmark in downtown Syracuse. Its
spire soars more than 200 feet high, topped by a 7 foot cross, and can
be seen for miles.

St. Paul’s first existence as a Cathedral lasted only 12 years due to
differences between the Bishop, Rector, and vestry in the late
Nineteenth Century.  It became the Cathedral of the Diocese of Central
New York again in November 1971 following an agreement between the
Diocese and parish.  The parish was formally organized in May 1826 and
celebrated its 175th Anniversary.

The present Cathedral is the third edifice for the parish and is faced
in gray Onandoga limestone, some of which was reused from the second St. Paul’s.  The building can seat more than 900 people. James L. Potts is
the Cathedral Organist and Director of Music.

The redesign/rebuilding of this 74-rank organ includes 21 ranks of new
pipework, including new Principal and reed choruses for the Great and
Swell, and six restored historical stops.  All retained ranks are
completely revoiced.  The instrument features all standard unison, sub
and super couplers, MIDI interface, a multiplex relay and multi-level
solid-state combination action and programmable crescendo sequence. 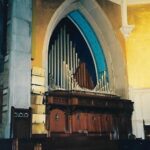 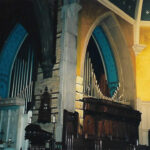 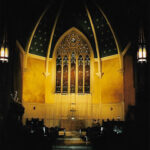 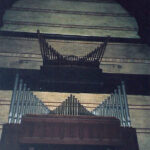